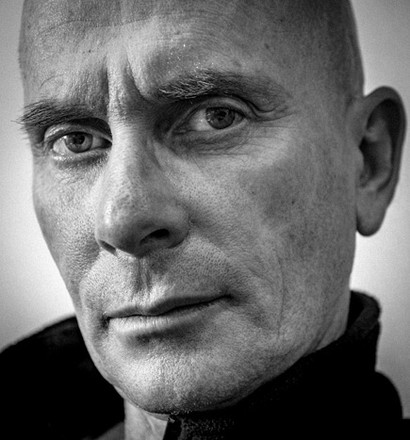 I was born in Sydney, raised in Malaysia and rural NSW, and now call Hobart “home”. I borrowed my dad's camera at the age of 12, and neglected to give it back... my photographic career began at high school, spending hours inhabiting the dark room and experimenting with black and white printing. A background in geology and glaciology has given me access to that most amazing of continents, Antarctica, which I have visited 22 times since 1987, most recently in November 2016.

I have been shooting landscape and wilderness images for over 25 years, and now specialise in cold-weather and remote locations using 35mm, medium format panorama, and now mainly digital cameras (Canon 5D3).

In 2006 I was awarded the Arts Tasmania Cultural Residency at Lake St Clair National Park, where I enjoyed two months freedom to explore, and attempt to incorporate, the often-ignored "human" element in wilderness photography. My current projects include portraits of men and women who spend their life flying, and aerial photographs of Tasmania's more remote regions.

2010 Public art commission for Queenstown Hub under the Tasmanian
Government Art for Public Buildings Scheme. In collaboration with Rebecca
Coote.